Donald Trump has been accused of attempting to orchestrate a fresh quid pro quo just a week after being acquitted in his Senate impeachment trial.This time, the accusations come after the president offered to lift travel restrictions against New Yorkers in exchange for Governor Andrew Cuomo dropping investigations into his tax records.

WAUKESHA, Wis. — The moment President Donald Trump was acquitted in the Senate on Wednesday, Judy Ryan was licking a blueberry ice cream cone in the Brookfield Square shopping mall and feeling happy.Ryan, 74, a retired factory worker, had followed the impeachment trial almost every day. The more Democrats attacked Trump, the more protective she […]

Trump has the Republican Party in his iron grip
news.sky.com

The US president has been acquitted by the Senate in the fastest impeachment ever – in a trial with no witnesses. 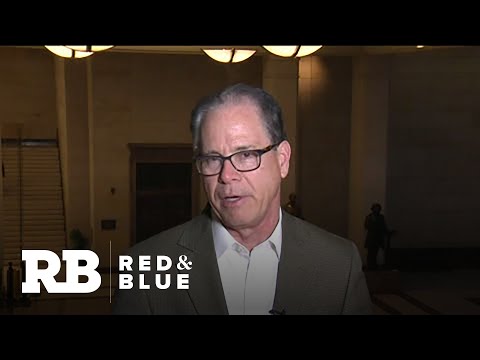 Lead House impeachment manager Rep. Adam Schiff (D-CA) on Sunday chastised Republican senators who claimed to be bothered by President Donald Trump’s Ukrainian actions as they voted against impeachment witnesses, saying it doesn’t do justice to the president’s behavior to merely call it “inappropriate.”Appearing on CBS News’ Face the Nation, the House Intelligence Committee chairman […]

Impeachment Proves There’s No Republican Left to Believe In
news.yahoo.com

If you want to understand just how morally bankrupt and spineless Trump-era Republican politicians have become, consider this: Not even Howard Baker's protege, WHO IS NOT EVEN RUNNING FOR RE-ELECTION, has the guts to vote for witnesses…I’m talking, of course, about Tennessee Senator Lamar Alexander.  If you expected Alexander to follow in the tradition of Baker, […]